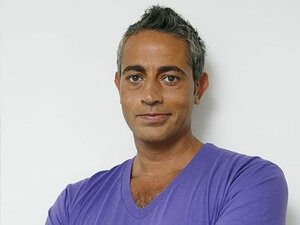 How low can they go?

“RTÉ Radio has decided to suspend Mr Ashmawy without pay for a period of one month. We believe this suspension is warranted to highlight the unacceptable nature of drink driving and the high profile nature of Mr Ashmawy’s position on 2fm. As the events in question took place during personal time while he was not working for RTÉ and given his full acceptance of responsibility, we hope this suspension and whatever the outcome of any court proceedings will serve to highlight the issues involved and will act as a deterrent to others in the future.”

“Given the age profile of the RTÉ 2fm audience and the number of people who listen to shows such as Baz’s, this is something that RTÉ cannot ignore.

“We are relieved that the incident in question was a relatively minor one and unlike many more serious car crashes every year where lives are lost, thankfully, no-one was injured on this occasion.

“We are also pleased to learn that Mr Ashmawy has accepted the error of his actions and has apologised to all concerned.”

2) Montrose is literally crawling with people with drink driving convictions.

3) RTE took Baz on the basis that he was ‘edgy’, and a bit of a ‘wild card’, the UnTubridy. Don’t be surprised when your edgy, wild cards do unpredictable things.

4) This punishment has never happened before in RTE.  So why make history with the half-Egyptian dude?

5) If you’re trying to make an example of someone because you missed or ignored the cocaine use right under your nose that wouldn’t be fair now would it?