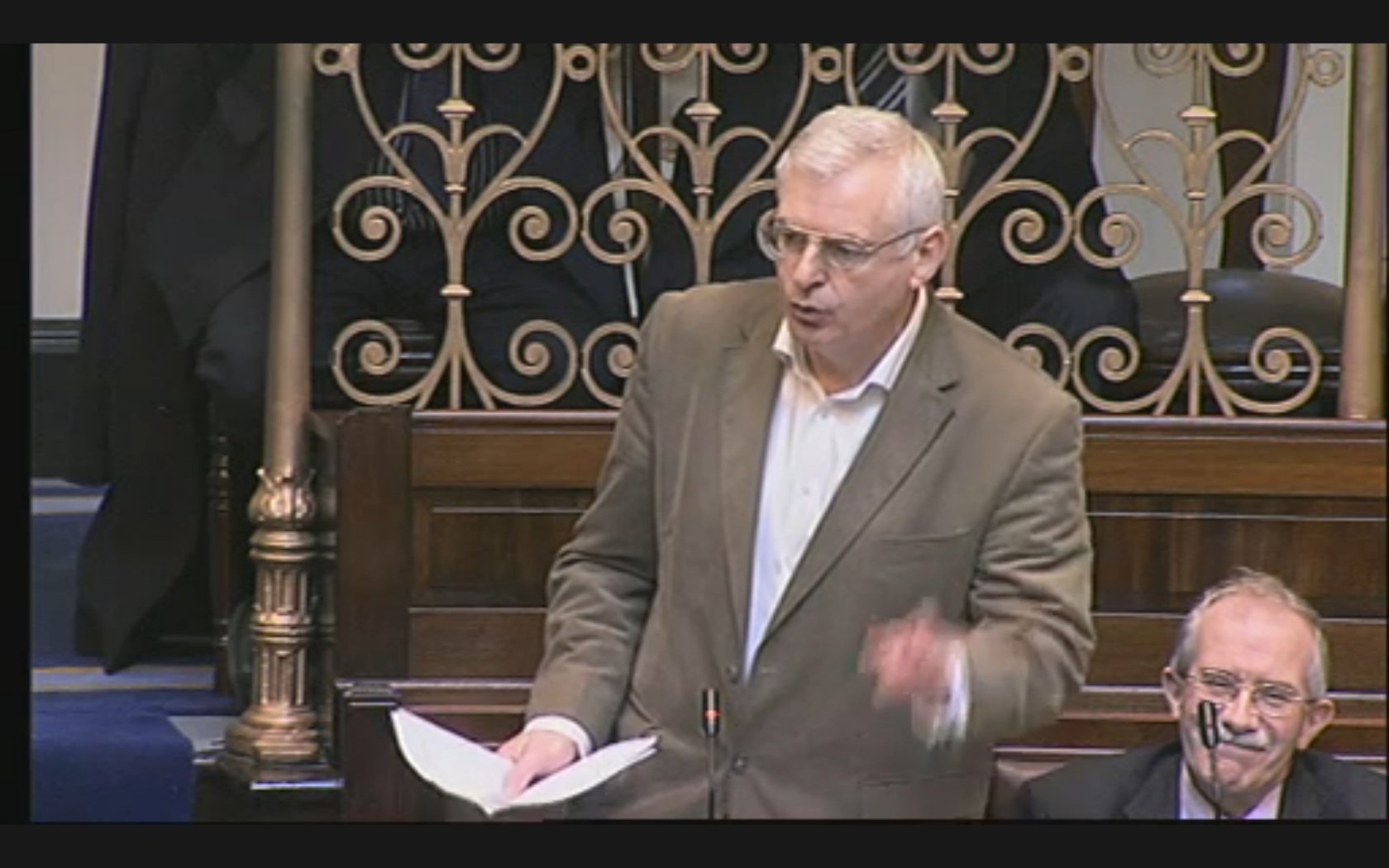 “The outgoing regime indulged the profiteering speculator and the grasping bankers, imprisoning a generation of young working people in monstrous mortgages, now in negative equity. And when that greedfest inevitably choked on its own excess, it treacherously connived with the EU, IMF and the ECB to save the skins of the major European banks that had their snouts deep in the feeding trough that was the Irish property market, where they slurped as frenetically as any Fianna Fáil developer or big Irish banker.

“And for this, and the crash that inevitably resulted, now we see the savage attacks on the living standards of our people which this nominee for government intends to continue. They attack public services, they steal from the disabled and the poor. A revolution would overturn and reverse all that, but what this nominee for taoiseach proposes is to confirm and reinstate the discredited programme by a discredited government. The poisonous cocktail of austerity drawn up, concocted by the witch doctors in Brussels and in Frankfurt because of the sickness of the European financial system is to continue to be force-fed to the Irish people by this new proposed government.

“Nearly 100 years ago, the forebears of today’s speculating European financiers, and their political clients, plunged Europe into war in a vicious competition for markets, for raw materials, and profits. The Irish parliamentary party of the day will forever be remembered in infamy for its campaign to dragoon a generation of youth to feed the insatiable appetite of the imperial war makers.”