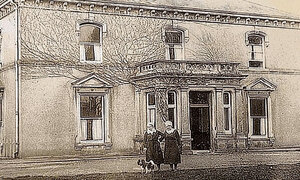 Bethany House in Rathgar, Dublin 6, was a bible thumping hellhole, a ‘mother and child’ home, a place of institutionalised abuse and, possibly murder.

It was Protestant-run, not formally linked to the Church of Ireland, and was therefore not included on the government’s redress scheme for victims of institutionalised abuse.

Niall Meehan, of Griffith College establised from records that 54 of the children had died from convulsions, 41 from heart failure and 26 from marasmus, a form of malnutrition.

The worst year was 1936 when there were 29 deaths, with six babies buried the day they died. Eight more babies are buried in Mount Jerome (29) than were reported internally (21) to Bethany’s managing committee.

Mary Coughlan (and how we miss her) was the last Fianna Fail minister to deny the few, elderly survivors any recompense. The survivors believe their requests have been denied because they are a “minority grouping”.

They have now written to the new minister and await a change of heart.