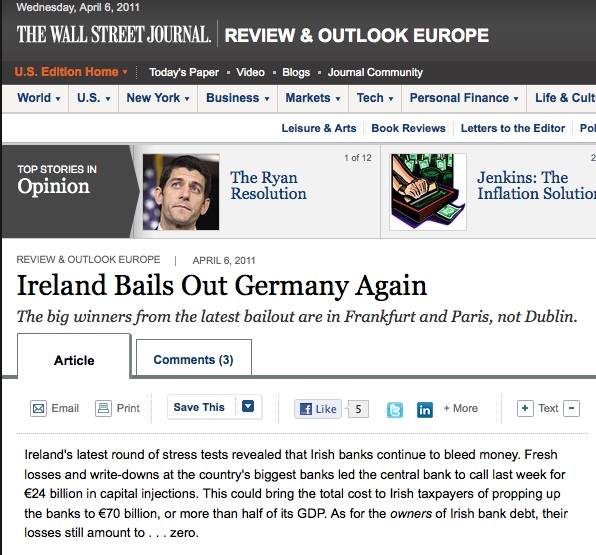 “As the banks’ losses deepen and Dublin’s credibility withers, now is an apt time to rethink the foundations of the European Union’s Irish-rescue strategy, one that is now effectively premised on sinking one country so that tough political choices may be avoided in another.”

..” pain in German banks ought to be Germany’s responsibility to mollify, not Ireland’s. If losses on Irish debt would cause German banks to require recapitalization, then German taxpayers should pony up to fill the gap”

“What is now being sold as Ireland’s contribution to systemic stability is in fact a dodge, a way for German and French leaders to avoid owning up to their own banks’ bad decisions in lending to Irish institutions in the first place.”