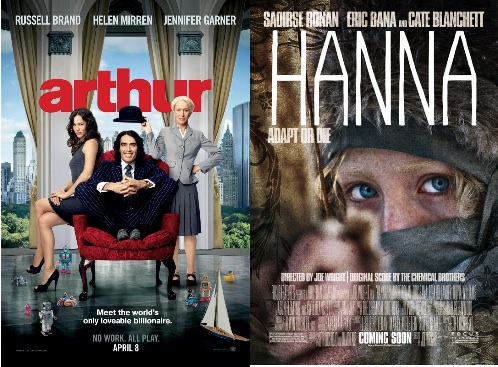 After a weak opening weekend at the box office, “Arthur” has been dealt another blow — by a teenage assassin.”Hanna” collected $12.4 million over the weekend, slightly edging out “Arthur’s” tally of $12.2 million. On Sunday, Warner Bros. projected that its comedy starring Russell Brand in the role made famous by the late Dudley Moore would end up with $12.6 million, while Focus Features estimated “Hanna’s” gross as $12.3 million.