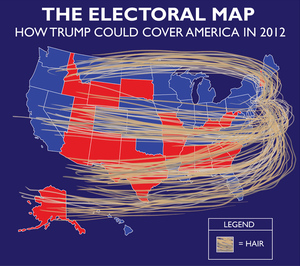 Donald Trump met last week with a high-level Republican polling and consulting firm, in yet another signal the billionaire businessman is laying the groundwork for a presidential bid.

Jim and John McLaughlin, who have done extensive polling and consulting for a number of prominent conservative candidates over the years, both told CBS News that Trump was serious about running.

Anything could happen, now that Gary Busey’s involved.

Get Your Trump On