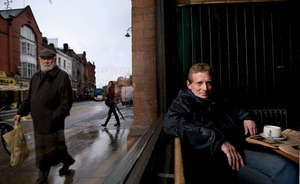 Just when you thought it was safe to back to the Saturday Irish Times.

Professor Morgan Kelly, above, is back.

And he’s taking names. One name in particular. 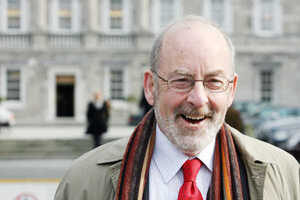 Brian Lenihan’s original decision to guarantee most of the bonds of Irish banks was a mistake, but a mistake so obvious and so ridiculous that it could easily have been reversed. The ideal time to have reversed the bank guarantee was a few months later when Patrick Honohan was appointed governor of the Central Bank and assumed de facto control of Irish economic policy.

As a respected academic expert on banking crises, Honohan commanded the international authority to have announced that the guarantee had been made in haste and with poor information, and would be replaced by a restructuring where bonds in the banks would be swapped for shares.

Instead, Honohan seemed unperturbed by the possible scale of bank losses, repeatedly insisting that they were “manageable”. Like most Irish economists of his generation, he appeared to believe that Ireland was still the export-driven powerhouse of the 1990s, rather than the credit-fuelled Ponzi scheme it had become since 2000; and the banking crisis no worse than the, largely manufactured, government budget crisis of the late 1980s.

Patrick Honohan’s miscalculation of the bank losses has turned out to be the costliest mistake ever made by an Irish person. Armed with Honohan’s assurances that the bank losses were manageable, the Irish government confidently rode into the Little Bighorn and repaid the bank bondholders, even those who had not been guaranteed under the original scheme. This suicidal policy culminated in the repayment of most of the outstanding bonds last September…

…At this stage, with Lenihan looking set to exploit his strong negotiating position to seek a bailout of the banks only, Honohan intervened. As well as being Ireland’s chief economic adviser, he also plays for the opposing team as a member of the council of the European Central Bank, whose decisions he is bound to carry out. In Frankfurt for the monthly meeting of the ECB on November 18th, Honohan announced on RTÉ Radio 1’s Morning Ireland that Ireland would need a bailout of “tens of billions”.

Rarely has a finance minister been so deftly sliced off at the ankles by his central bank governor. And so the Honohan Doctrine that bank losses could and should be repaid by Irish taxpayers ran its predictable course with the financial collapse and international bailout of the Irish State.