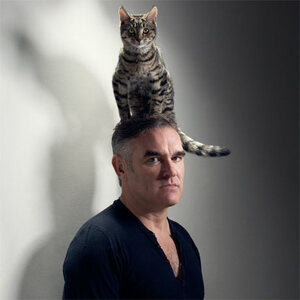 A cat on his head and a bee in his bonnet.

From a piece written for this week’s Hot Press:

The Queen’s visit to Ireland is part of a new Palace PR campaign to re-invent the Windsors. The message from the Queen will be the same as ever: who we are born to is more important than what we achieve in life.

It should be remembered by the Irish people that as recently as the turn of the 1980s the Queen supported Margaret Thatcher by not dismissing Thatcher as she allowed hunger strikers to die at the Maze Prison, most famously Bobby Sands, who was 27 years old. As Sands starved to death in protest at being tagged a ‘criminal’ and not a ‘political prisoner’ by the Thatcher government, the Queen sat in her Palace and said nothing. If the Queen had any human feelings for the Sands family or other hunger strikers then she did not express them…

…The Queen also has the power to give back the six counties to the Irish people, allowing Ireland to be a nation once again. The fact that she has not done so is Fascism in full flow. What else could it be? Name one other European country that is controlled by its neighbour?

Morrissey: Give The Six Counties Back To Ireland (Hot Press)

The Queen is Dead, The Smiths (You Tube)