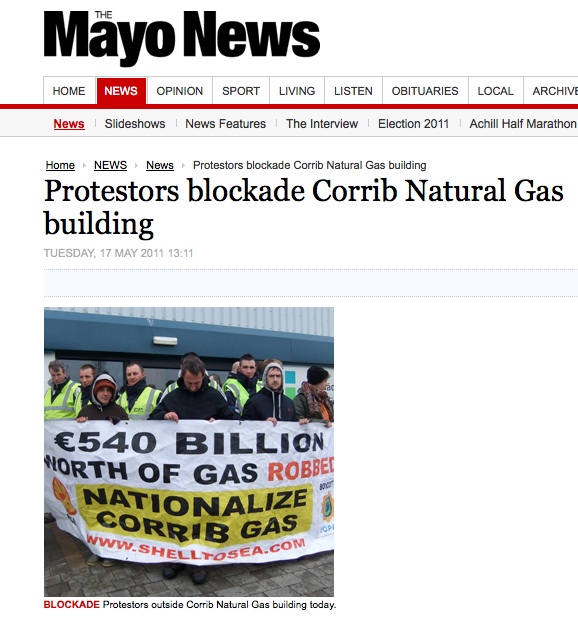 The small group of Shell to Sea and Rossport Solidarity Camp protestors stopped workers from entering or exiting the building from about 7.30am.
A Shell spokeswoman confirmed there were company personnel already in the building and that some work continued.
The protestors were peacefully removed, without incident, shortly before noon, after a team of IRMS (Integrated Risk Management Services) security guards arrived. Earlier, retired Garda Supt Pat Doyle, now working for IRMS, had negotiated with the group.

That’s what they call it now.