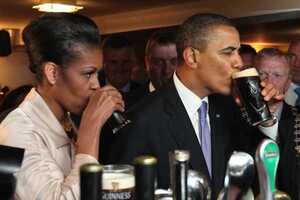 DRINKS GIANT Diageo is reviewing its operations in Ireland with a view to job cuts being implemented among its 1,800-strong workforce on the island.

This is part of a wider restructuring plan being formulated by the London-based company for its European operations. An announcement is expected shortly, possibly this week.

It is not clear how many redundancies will be sought in Ireland as part of the restructuring but sources familiar with the plan suggested it would be “significant”.