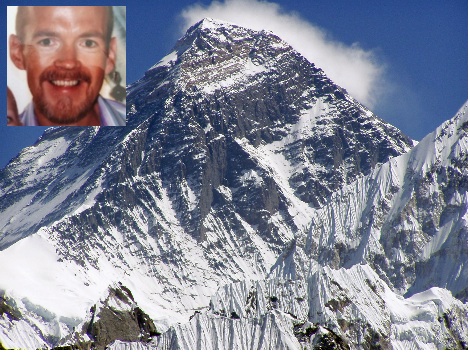 An Irish man has died attempting to reach the summit of Everest days after his wife gave birth to a baby girl.

John Delaney (above), 41, from Kilcock, Co Kildare, is understood to have collapsed less than 50 metres from the top. He is the first Irish man to die on the world’s highest mountain.

The climber, the managing director of an online market prediction company, died on Saturday but because his team was out of contact it has only just been confirmed.