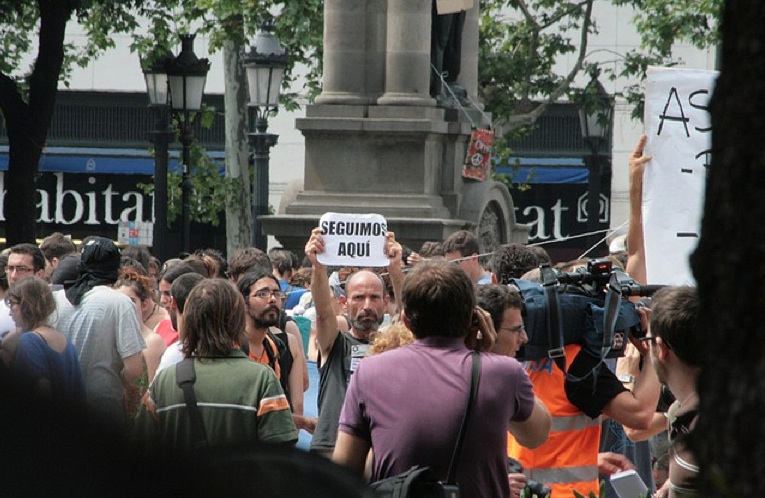 ‘Here’ being the makeshift ‘Los Indignados’ camp at Plaza de Catalunya, Barcelona’s main square, one of dozens erected in Spain to protest high unemployment and other woes.

And it’s still there despite this violent intervention yesterday by police, captured by AP photographer Emilio Morenatti.

The scenes were carried live on Spanish TV and, by nightfall, at least 5,000 people were in the square protesting against the police action. In Madrid hundreds of protestors marched under the banner: ‘Barcelona: You Are Not Alone’

Meanwhile, on Spanish TV, a show of solidarity from Barcelona football fans during a live link to London…