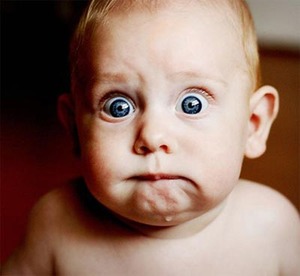 Oh and they can see into the future.

Babies are sophisticated mini-statisticians, a new study finds, capable of making judgments about the probability of an event they’ve never seen before.

Using a computer model, researchers were able to accurately predict what a baby would know about a particular event if given certain information.

The model may be useful in engineering artificial intelligence that reacts appropriately to the world, said study researcher Josh Tenenbaum, a cognitive scientist at the Massachusetts Institute of Technology. The study also demonstrates just how savvy baby brains are, Tenenbaum told LiveScience.

“The deeper thing that this shows is that infants’ knowledge of objects is not a gut feeling,” he said. “They’re actually doing some kind of rational, probabilistic reasoning.“