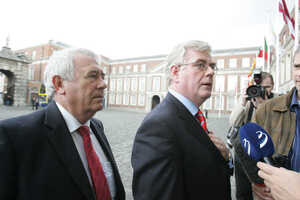 “There is no basis for believing that a second referendum would produce a different  result which is any different from the first one.” Ambassador Thomas Foley, in a cable sent on July 23, 2008, published in today’s Irish Independent (not online at present).