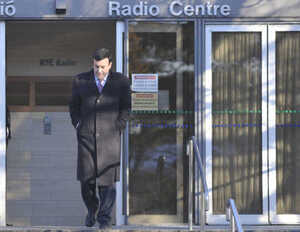 A fairly stormy interview Pat Kenny conducted with Brian Lenihan on the morning after his last budget, December 8, 2010 has been removed from the RTE radio website.

A tech tells us it has been ‘manually removed’ and was up there until recently.

You should be able to listen to what they don’t want you to hear (that Brian Lenihan was actually human) here.

Thankfully it was easy to “reconstruct as date embedded”.