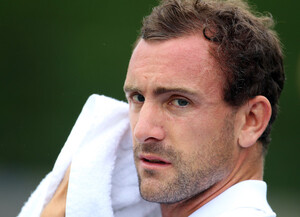 Ireland (you know, us), in the moody form of Conor Niland has made it through to the third round of the qualifying competition to win a place at Wimbledon, which starts next week.

Conor’s even had a phone call from Robbie Keane.

Niland On The Cusp Of Wimbledon (Irish Independent)