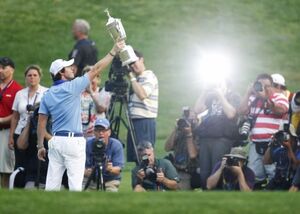 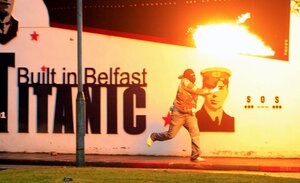 They have much in common, the boy wonder of the golfing world who returned to his native Ulster on June 21 and the lads who that same night fought running street battles in an enclave of Belfast called Short Strand.

Yet as U.S. Open champion Rory McIlroy, 22, disembarked at an airport named for his country’s most famous sporting export, George Best, and headed home to a hero’s welcome in Holywood, just outside Belfast and only five miles from Short Strand, hundreds of men of McIlroy’s generation, born and brought up within that five-mile radius, donned masks to cover their fresh faces and armed themselves with petrol bombs, stones, guns—and even golf balls.

Obviously McIlroy, blessed with prodigious sporting talent, has always enjoyed greater prospects than most of his contemporaries, but many ordinarily gifted Northern Irish men and women also grow up with some vision of a productive future. What distinguishes these children from others is not religion: McIlroy is Catholic; Graeme McDowell, another Ulsterman who won the U.S. Open in 2010, is Protestant. Nor is it pure economics. McIlroy’s father worked long hours as a cleaner and bartender to finance his son’s ambitions. But money and location do count. It’s hard to see beyond the rubble-strewn sidewalks of Short Strand to a better way of life.