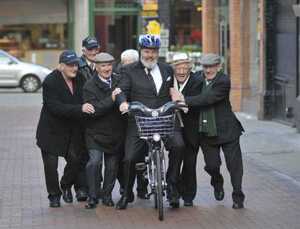 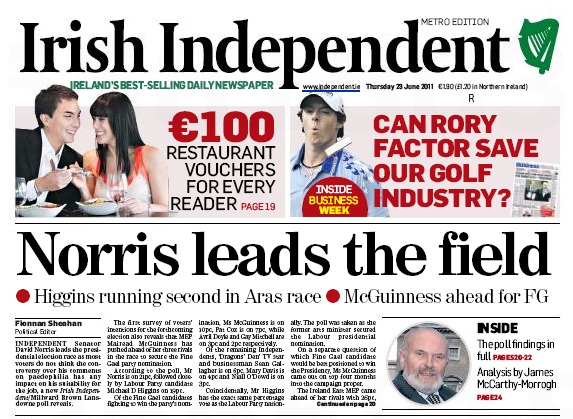 INDEPENDENT Senator David Norris leads the presidential election race as most voters do not think the controversy over his comments on paedophilia has any impact on his suitability for the job, a new Irish Independent/Millward Brown Lansdowne poll reveals.

The first survey of voters’ intentions for the forthcoming election also reveals that MEP Mairead McGuinness has pushed ahead of her three rivals in the race to secure the Fine Gael party nomination.

According to the poll, Mr Norris is on 21pc, followed closely by Labour Party candidate Michael D Higgins on 19pc.