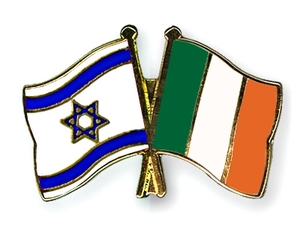 I often wonder why so many Israelis I’ve met have such love for Ireland. Our West is indeed picturesque, but do Israelis not get a sense that the air has been sucked out of the room when they announce their nationality? Have they visited Galway City on a Saturday, for example? You can’t pass through the main streets without seeing at least one anti-Israel demonstration. Indeed, despite almost every Western nation having recognized Israel in 1949, the Irish felt it was morally appropriate to do so fully only in 1975.

Well, thanks to Israel, this “peace” flotilla aqua-theater has been a boon to the Irish media and intellectuals in recent weeks. It has enabled them to do what they do best when it comes to foreign conflicts. Pontificate. Posture. Preen. All without a shred of moral, intellectual or factual support.

The Irish Don’t Mean It, Because They Can’t Understand It (John Lalor, Jerusalem Post)