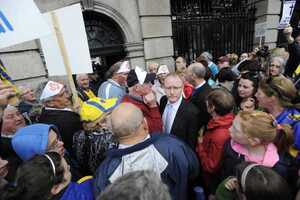 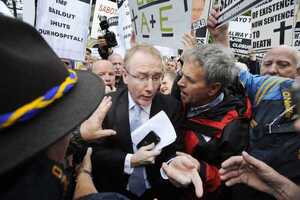 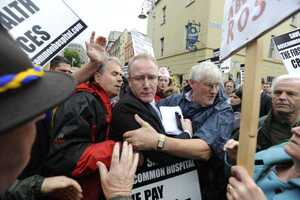 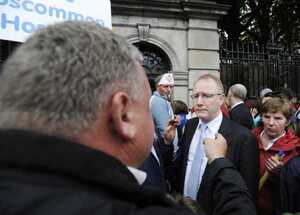 Roscommon Fine Gael TD Frank Feighan outside the Dail earlier this evening trying to explain why he was about to vote to downgrade Roscommon Hospital having got elected two months ago promising this:

“Fine Gael is determined that its plan to retain and enhance services at hospitals like Roscommon will finally put a halt to this much-touted reconfiguration plan of hospitals in the West which essentially amounts to downgrading by stealth.”

His FG constituency colleague Denis Naughten voted against the cuts.

What They Said: Before The Election (Roscommon People) 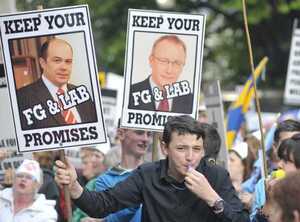 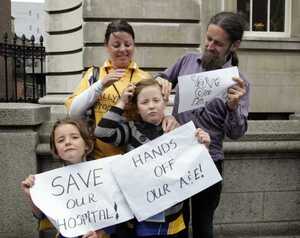 Luke Ming Flanagan with his wife Judy, and daughters Katie (6) and Isabelle (8) 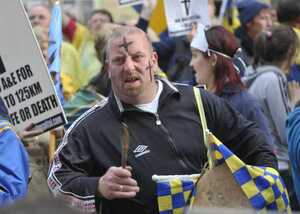 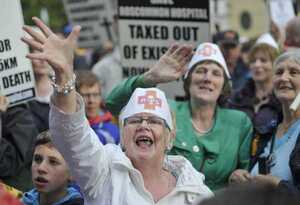 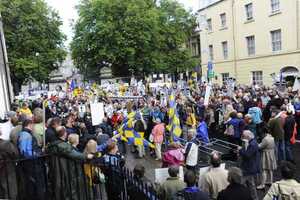