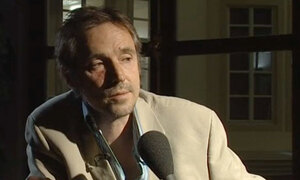 A former News of the World investigative journalist who spent time working in the paper’s Dublin office, has admitted the paper’s Irish edition employed tactics similar to those in the UK to get stories.

“There is no difference in the way we got stories in the south of Ireland to the way we did it in the UK,” Paul McMullan (above) admitted.

The former Features Editor of the tabloid paper said he used what he described as ‘grey arts’ tactics to get stories for the newspaper’s Irish edition, when he worked here in the 1990’s.

“We did a series of articles in the 1990’s in southern Ireland and the tactics we used were similar to those in the UK. I didn’t do anything hugely underhanded,”

Officers are now investigating whether the voicemails of Sean Cassidy, the father of a 7/7 terrorist bombing victim, and award-winning journalist Greg Harkin [author of Stakeknife] had been illegally accessed.