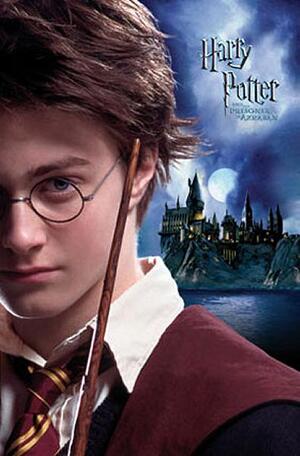 In 2001, Charles Begley (a boyish-looking journalist who wore glasses] was the News of the World‘s ‘Harry Potter correspondent’, covering everything relating to the fictional schoolboy wizard. Charles even agreed to change his name by deed poll to ‘Harry Potter’ before he resigned from the newspaper blaming stress.

His breaking point came on the afternoon of September 11, when he was summoned to the office of the editor Rebekah Wade and rebuked for not being “in character”. Begley, then 29, was told to appear in full Potter regalia at the next day’s news conference. He parted ways with the paper a few weeks later.

Begley’s account was dismissed by Stuart Kuttner, the tabloid’s managing editor, as “deeply flawed”. In a letter to the Daily Telegraph, he said that his former reporter was a “fantasist” and Ms Wade had “made no request” for Begley to “parade as Harry Potter”.

Then The Telegraph got hold of some tapes:

Tues, Sept 11, three hours after the collapse of the Twin Towers: Begley is told to turn up at tomorrow’s news conference, dressed as Harry Potter.

Charles Begley: Hi, Neville. I just wanted to check, given the enormity of events in America – will the editor still need me dressed up as Harry Potter for conference?

Neville Thurlbeck: Well, she knew exactly what was going on yesterday afternoon and she still wanted you to dress up then. I think you should just assume she wants you to do it now.

Wed, Sept 26: (Begley did not turn up to conference on Sept 12 and, shortly afterwards, was signed off with stress by his doctor.) He speaks to Stuart Kuttner on the phone.

Stuart Kuttner: We heard you weren’t well. What’s the problem?

SK: That bit I do know. Now, tell me about it, and we’ll see what, if anything, we can do.

CB: There were a couple of events which brought things to a head. A few hours after the attack on the World Trade Centre, I was asked by Rebekah to dress up as Harry Potter. She wanted me to dress up and go to her office in the middle of the newsroom.

SK: Which date was that?

CB: That was on Tuesday, September 11. It was the afternoon, less than three hours after [the attacks]. I went into her office and Andy [Coulson, the deputy editor] was on the sofa and Rebekah was on the phone. Andy asked me where was my Harry Potter suit and I made some excuse, saying: it’s not here, it’s in the photo studio. [Actually], it was in the office, but it was hardly appropriate for a journalist to be prancing about as Harry Potter. Andy told me I should always have my Harry Potter gear around, in case of a Harry Potter emergency, and told me that the morning after, I was to dress up for conference as Harry Potter. So, at that time, [when] we were working on the assumption that up to 50,000 people had been killed, I was required to parade myself around morning conference, dressed as Harry Potter.

CB: What person with any journalistic integrity can be humiliated like that, or told to perform like that?

SK: How did you deal with that?

CB: I was pretty dumbstruck, to be honest. I just said, “Right, okay”, and left the office. The following morning, I called Neville before leaving home and asked him, given what had happened, did Rebekah still need me to dress up as Harry Potter?

SK: Right, well, I’m sorry that you’re under the weather. I’m concerned about you.

CB: I’ve spoken to my doctor. I do value my job. I’ve worked hard to get my job. I just don’t think I can cope with it at the minute.

SK: All right, I’ve listened to what you’ve said: a) you have been very straightforward in this call, and b) well, you appear to be very stressed. You had better take it easy and we’ll talk again very soon.

Later that afternoon, Greg Miskiw, the assistant editor (news), [who was away the week of September 11] calls Begley.

[Begley repeats what he told Kuttner.]

CB: Neville got a message from Rebekah asking me to dress up in my Potter gear and go to her office. I think Neville was as surprised as I was. I just couldn’t bring myself to prance about as Harry Potter when something like 50,000 people were dead.

GM: I understand where you’re coming from. You want to be taken seriously as a journalist, you don’t want to be prancing around doing silly things.

CB: I’m not being precious. I toed along with it as far as possible. I didn’t walk out there and then, but I have to say I was tempted.

CB: I heard more great Harry Potter scenarios [were planned]. I’d be in Hollywood prancing around, while Stuart White [NoW’s American editor] and I don’t know who else would [be] in New York doing proper stuff. I would be dressed up as a transvestite teenage schoolboy, for God’s sake. I did it for as long as I could. It’s a shame because I’d worked hard to get my job. But I couldn’t.

CB: I’m sorry that you’ve been left to deal with it, because I’m sure you’re faced with a bit of an inquisition on this. I’m not trying to swing the lead.

GM: I hear what you’re saying, Charles. When I went in to talk to Rebekah this morning, she was concerned this had happened. It was mentioned if it was this Harry Potter thing. At that point, I didn’t know about all this. So, what do you want me to do with this information?

CB: Well, [Rebekah Wade] should know. She should be aware of it. I don’t want to criticise her in a phone call, but I can’t see how the editor of the – as we’re always reminded – best paper in the country, could expect a reporter to do that. I’m not being precious – I know we have to do silly things. It was hardly appropriate and it was bloody humiliating. That was just too much.

GM: I hear you. Let me speak to Stuart.

CB: I’m thinking to myself that my situation now was that my copy book was completely blotted.

GM: It’s not. I don’t want you to think that. What you need to do is pick yourself up, dust yourself down, and say : “Fuck it”. Rebekah has said: Right, let’s get him off the Harry Potter thing. Let’s get him [to change his name back by deed poll].

GM: We really don’t want to put any pressure on you.

CB: I find it hard to believe that for the editor’s pet project to crumble away, in such a spectacular fashion, is not going to be held against me in any way.

GM: Listen Charles, I decide who goes out on jobs. If a good story comes in on Friday, I’m going to put you on it. I promise you, I’m giving you good advice here. I can’t afford to lose someone of your calibre.

Begley agrees to call Miskiw back in an hour. Later still, Wed Sept 26.

CB: I don’t think I can make a final decision on my future right now.

GM: I’m not forcing you into a decision. I’m telling you something that will benefit you.

CB: I’m so wound up about all this.

GM: I have told you that this is not going to be held against you. Charles, you should think very seriously about coming in on Tuesday.

CB: Well, to be frank, Greg, as far as my future at News International is concerned, I haven’t toed the line for the editor’s pet project. I didn’t prance around while the World Trade Centre was being bombed, for her personal amusement. I can’t just stroll in.

GM: Why not? Charles, that is what we do – we go out and destroy other people’s lives.

CB: I don’t want to waste any more of your time, Greg. I’m sorry.

GM: Well, look after yourself. Cheers.