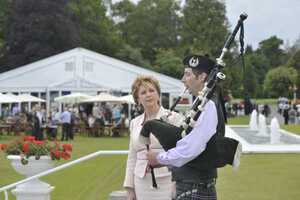 Republic Of Ireland: Bagpiper Patrick Martin, from Inniskeen at the Twelfth of July garden party, this evening at Aras an Uachtarain, on the theme ” Bridges Built” – attended by almost 400 guests from various traditions and parts of the island of Ireland. 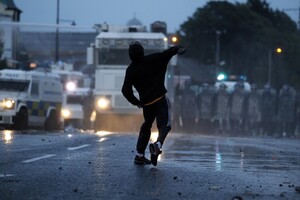 Northern Ireland: Police have fired baton rounds at rioters as fresh trouble erupted in Belfast tonight. Petrol bombs, bricks, bottles and fireworks were hurled at officers during the stand-off in Ardoyne in north Belfast. A car was hijacked and set alight, while police deployed water cannon. Some officers were briefly set alight after being struck by a petrol bomb.