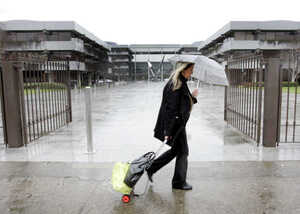 Mark Dunphy, of Irish Weather Online. Where is the frickin’ heatwave we were all promised?

There has been much talk in recent days in relation to a possible heatwave affecting Ireland during the latter part of July and into early August. Present indications are that Ireland will experience a break from the unseasonably cool and wet conditions of Summer 2011 during the coming week.

The atmospheric pressure chart shows an Azores high extending north-eastwards towards Ireland later this coming weekend and during next week.

As a result, temperatures will rise significantly in most parts of the country with temperatures showing a good 10-12 degrees rise on today’s 12-13C along parts of the East coast.  However, it is unlikely that the country will enjoy wall-to-wall sunshine as one would expect with high pressure nearby or over us.  Humidity levels  will increase significantly, while marine cloud and elevated fog will drift some distance inland on some days.

You had us at “temperatures will rise significantly”