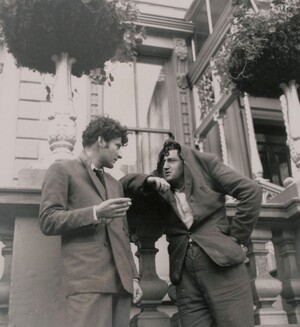 Artist Lucian Freud, grandson of Sigmund (with Brendan Behan outside Mansion House in Dublin in 1952) has died aged 88.

He liked a flutter:

He was a heavy gambler until late on when, he found that he had become so rich there was no thrill left in it any more.

One day, when he was well into his 70s, he lost nearly a million pounds on a series of horse races while we were having lunch.

Lucian Freud: He Was Wise In His Way (Martin Gayford, Telegraph)