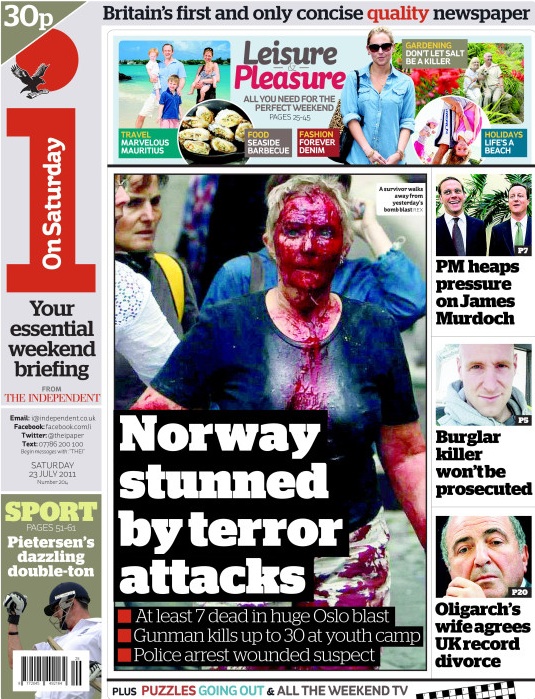 A lone “blond gunman/bomber” or an ‘Al Qaeda massacre’?

Norwegian television reported early Saturday that the suspect in the twin attacks Friday that killed at least 16 people is a 32-year-old Norwegian farmer.

TV2, the country’s largest broadcaster, identified him as Anders Behring Breivik, 32, describing him as a member of “right-wing extremist groups in eastern Norway.”

Government business records list a man named Anders Behring Breivik, age 32, as sole director of a company called Breivik Geofarm. In the records, the company says its business is the “growing of vegetables, melons, roots and tubers” and reports that it has 790 employees.

Investigators said the attacker may have had accomplices, The Telegraph reported.

Terrorism experts had cautioned against assuming that the violence — a massive explosion that killed seven people in the capital, Oslo, followed by a shooting spree at a political youth conference on Utoya island in nearby Buskerud, which police said killed at least nine more — was the work of al-Qaida or another international terrorist group. They said the attacks could simply have been the actions of a disturbed individual.