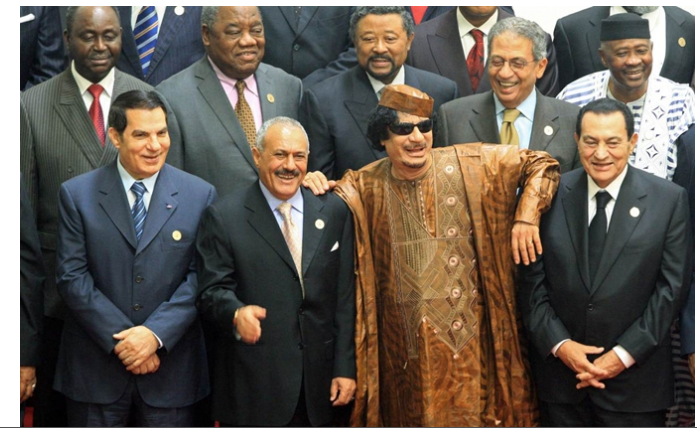 A group shot from the 2010 “Arab African Summit” in Sirte, Gaddafi’s hometown.

Since it was taken, Ben Ali has fled Tunisia and been tried in absentia, Saleh has been seriously injured in an attack on his compound and is recuperating in Saudi Arabia, Mubarak faces the death penalty in his own country, and Gaddafi’s whereabouts remain unknown.