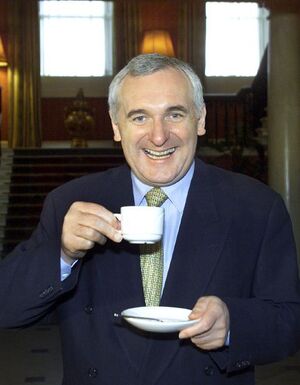 FORMER Taoiseach Bertie Ahern’s ex-partner Celia Larkin is not expected to be at his birthday party this week. Ms Larkin yesterday advised Mr Ahern to “shut up” as his views continue to attract controversy.

Mr Ahern claimed people overstretched themselves during the boom and it was now handy to blame somebody else.

The former Fianna Fail leader made the comments in a TV3 documentary ‘The Rise and Fall of Fianna Fail’, which starts tonight.