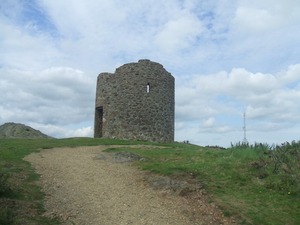 A strange proposal has been made by the Department of Arts, Heritage and the Gaeltacht to lift statutory protection from archaeological and historical sites that post-date 1700, including the Vinegar Hill windmill in Enniscorthy, Co Wexford (above).

Prompting the following from Irish Archeology: