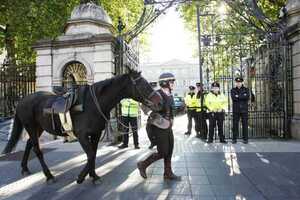 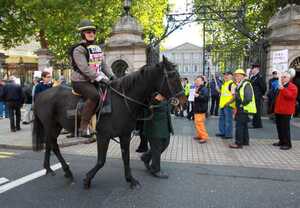 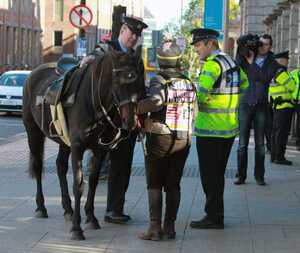 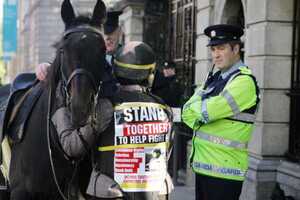 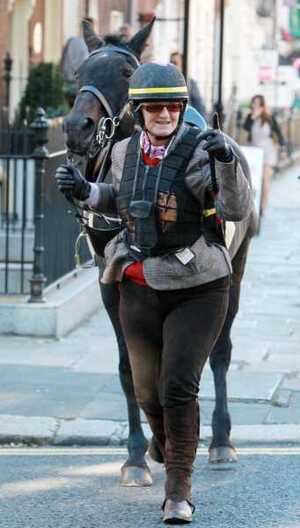 A Tipperary woman has travelled to Dublin on horseback to highlight the difficulties faced by people who owe a lot of money to banks.

Margaret Hanrahan said she left home on Saturday at 3pm and arrived at the gates of Leinster House at 6am, using three different horses.

She said she owed €1.2 million to ACC Bank and claimed the bank had sought to repossess parcels of her land at Burncourt near Cahir, Co Tipperary.
Ms Hanrahan admitted she had borrowed during the boom years to extend an equestrian centre but ran into financial difficulties.
Ms Hanrahan accepted she owed the money and had no problem repaying it back but was protesting at the timescale suggested by the bank.
“My thing is about the fastness and the swiftness of the receiver coming into me,” she said. “They have ploughed 30 acres and 85 acres to leave me with not one ounce of grass. It’s like leaving a baby without milk, because I’ve 28 horses of my own.”

Asked if she could sell the horses, she said there was no market for them now. “It’s like asking me to give away my child.”