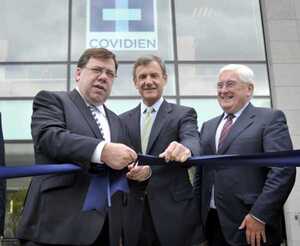 Jobs are under threat at a leading multinational medical devices company after it revealed plans to move a major manufacturing wing to Thailand.

The 600-strong workforce at the Covidien plant in Athlone have been warned about possible cuts and talks on redundancy have begun.