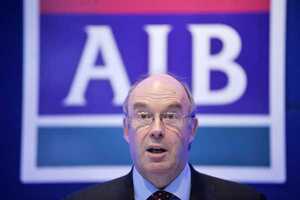 State-owned Allied Irish Banks is set to offer its next chief executive a pay package worth almost €1m, the Irish Independent has learned.

The bank has conceded defeat in its fight to be allowed pay its new boss a basic salary of more than the government-imposed cap of €500,000.

But it has now emerged that AIB will instead be able to offer extras such as share options and a bonus that could boost the chief executive’s pay to €1m.