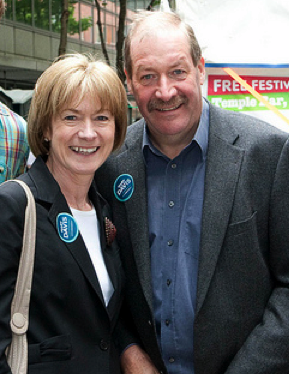 A LEADING public relations company, of which presidential candidate Mary Davis’s husband is a director, was awarded a contract by a charity where the couple both sat on the board.

Fleishman Hillard was given the contract by Social Entrepreneurs Ireland (SEI) while Julian Davis and his wife were both on the board of the not-for-profit charity. Mr Davis personally handled the PR account in addition to his role on the board, the Irish Independent has learned.

Both Ms Davis and her husband last night denied there was a conflict of interest in the award of the contract, which is worth tens of thousands of euro a year to Mr Davis’s company.

The revelation came as Ms Davis yesterday finally published full details of her pay from state boards and other directorships, which totalled €390,000 over the past decade.

A spokeswoman for Ms Davis said the candidate did not believe there was any conflict of interest in the awarding of the contract. ” Mary Davis did not attend the board meeting in relation to that contract,” the spokeswoman said.

Ms Davis’s husband also provided PR advice for the Special Olympics for four years. However, this work was unpaid.

Previously: Mary Davis Transparenter Than Thou