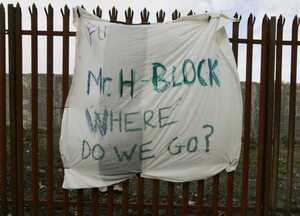 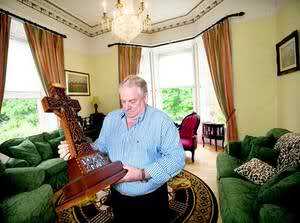 He arrived in Dublin on a summer’s evening, fresh from the hell of the H-Blocks. On the blanket protest, he’d been beaten black and blue by prison officers. He endured 53 days on hunger-strike, then watched his comrades die. His marriage broke up when he was in jail.

On his first night in Dublin, he slept in a car. His economic prospects didn’t look good. An ex-IRA prisoner with £240 to his name, hoping to find work on a building site.

Twenty years later, Tom McFeely (above), multi-millionaire property developer, opens the door to his Ailesbury Road mansion, which was once the former German embassy. “It’s a bit different to my Long Kesh cell,” he grins.

Buried under the photos is an original Picasso etching. “I haven’t bothered hanging it,” he says.

Tom McFeely is a man who does things his way.