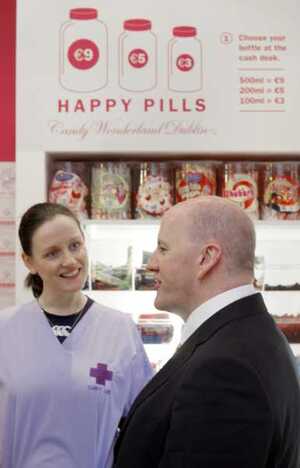 Sean Gallagher went on Morning Ireland to explain why he breached company law by taking out a substantial loan from his own company in 2009.

Rachel English: “Were you aware this was in breach of company law?”

Gallager: “No, I think Rachel the important thing here this was was an honest mistake and in fact an accounting procedure really in terms of which account the money went into but once the error, the error was spotted by my accountants, who I spoke to at length last night.

They brought it to my attention and within four weeks the money was moved into the correct account and in fact does not constitute any breach whatsoever and I am very happy with that having spoken at length with the accountants last night.”

English: “But when the loan was taken out it was in breach of company law because according to that law a company director should not have a loan that is more than 10% of the company’s assets and that loan was in fact 70% of the assets off that company.”

Gallagher: “This relates to a cheque that was lodged to a wrong account. It was treated as a loan. In fact it was not taken from the account, it was lodged into the wrong account and then the accounting procedure, the accountants treated it as a loan but when they spotted that that it should have been moved back in it was in fact moved back within four weeks and does not constitute a breach and I’m very happy with that. It’s one of these things.”

Rachel English: “Are you saying then that the story is wrong?”

Gallagher: “No, I’m saying that factually it’s right but is an accounting procedure and the accountants have stated very clearly to me that there is no breach here and that the money was repaid within four weeks of the error being spotted and so I am happy with that but I’m happy to clarify that.”

English: “Alright, But there was a breach at the time and as somebody who is a business guru, that’s how you make some of your money, should you have known you were in breach of company law?”

Gallagher: “Well I mean most people who know company law understand that there are about 15 different pieces of legislation relating to this and also accounts are not necessarily always up to date, you know the accountants firm who look after accounts will compile them every couple of months and bring them up to date and as soon as they spotted this error they brought it to my attention and jointly we agreed that the money would be moved into the correct account as it was addressed and there is no breach in this case, but I am happy to clarify that”