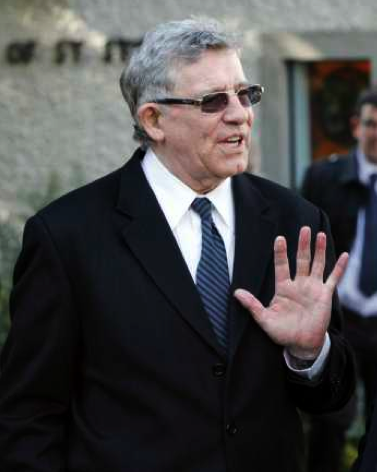 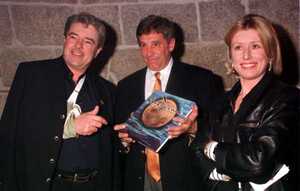 “If Denis [O’Brien] wanted to remove Sam [Smyth] he could have done so before the publication of the Moriarty Tribunal. Had he done so I would have walked.”
Willie O’Reilly, Today FM chief Executive, Irish Times, October 20.

Interestingly, station management moved against Smyth the day after the Moriarty Report was published and the journalist was saved at the time by board chairman John McColgan [Smyth wrote the official Riverdance story for McGolgan and Moya Doherty in 1996, pictured above ], who pointed out the crass PR blunder this would entail given the timing. McGolgan appears to have abandoned his old friend, Smyth – perhaps under pressure – as he told the media at the weekend that the changes “would help grow audience share”.
From the current issue of ‘The Phoenix’ (behind paywall)