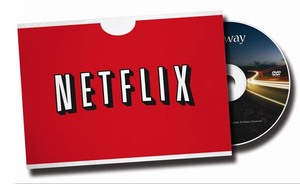 The US online video rental service Netflix is to launch in the UK and Ireland in early 2012.

Netflix confirmed its first move into Europe on Monday, six years after shelving plans to launch in the UK.

British and Irish film fans will be able to subscribe to Netflix for a monthly fee – likely about £5 a month – to rent an unlimited number of TV shows and movies to stream online. The company did not reveal exact pricing for subscribers.

Netflix is the most popular film subscription website in the US, with more than 25 million users in its domestic market, Canada and Latin America.

Since it launched in 2007, Netflix has delivered DVDs by post as well as allowing viewers to stream films online. Netflix will offer online streaming only in the UK and Ireland, it is understood.

Netflix To Launch In UK And ireland (Guardian)