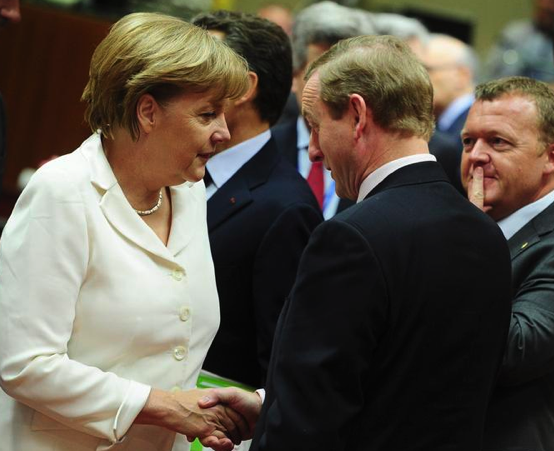 Chancellor Angela Merkel said on Friday it was important to prevent others from seeking debt reductions after European Union leaders struck a deal with private banks to accept a nominal 50 percent cut on their Greek government debt holdings.

“In Europe it must be prevented that others come seeking a haircut,” she said.

But that’s what they always say.

Merkel: Must Prevent Others From Seeking Hair Cuts (Reuters)