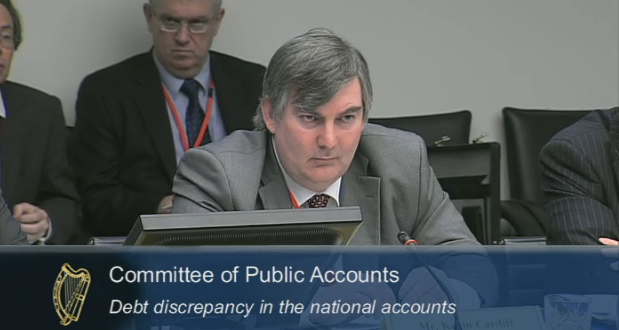 Outgoing Secretary General at the Department of Finance Kevin Cardiff (above) said he found out about the €3.6 billion double entry error in the accounts “last Friday morning”.

Representatives from NTMA found out in “August/September” of 2010 and said they told the Department of Finance.

Cardiff, who signed off on the accounts, has just told the public accounts committee that he still hasn’t a clue how it happened. telling them: “I am puzzled too.”

Previously: Kevin Cardiff: The Smartest Guy In The Room