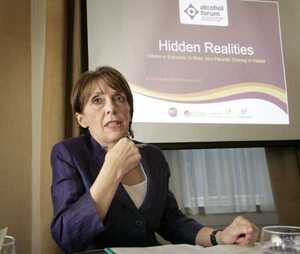 The Minister for Drugs, Roisin Shortall, has again signalled her intention to introduce a minimum price for the sale of drink in supermarkets.

Ms Shortall said the time is right for a change to the way Irish people drink, both culturally and legally.

She has refused to rule out price increases in the forthcoming budget, but did say her focus is more on supermarkets and off licences who sell drink cheaply.

She made the comments at the launch of new research from the Alcohol Forum which found that more than half a million children are at risk in Ireland because of their parents’ hazardous drinking.