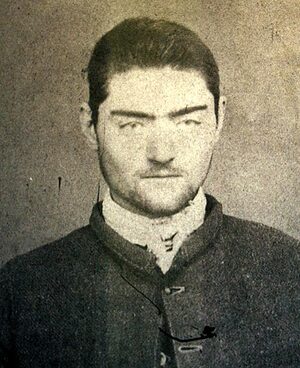 Notorious Irish-Australian folk hero Ned Kelly is to be given a private funeral 130 years after he was hanged in a Victorian jail.

But a descendant of one of the police officers killed by Kelly objects to the idea of a separate public ceremony.

Mick Kennedy, a Victorian policeman, whose great grandfather Sergeant Michael Kennedy was killed by Kelly in 1878, objected to the government’s efforts to identify and handover Kelly’s remains.“He was an outlaw, a thief and, unfortunately for my family, a murderer,” said Mr Kennedy “My great grandmother was a left a widow with six children and there was no public service for her.”