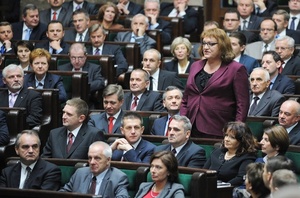 Anna Grodzka, who was born a man, shook hands with several men and women as she entered the assembly hall. She took a seat next to Robert Biedron, a leading gay rightsactivist who is the first openly gay person to be elected to the Polish parliament.

Where Ireland Will Be Training In Poland (Includes Chapel)