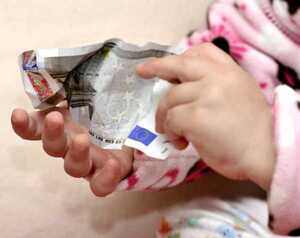 It is understood the €8 dole cut was discussed as an alternative to reducing the welfare budget in other areas — including child benefit. Sources said Social Protection Minister Joan Burton was resisting the proposal.

Labour ministers last night maintained that payments like dole, pension, as well as carer’s and lone-parent allowances — areas where a person is entirely dependent on welfare for income — would be protected.

When asked if the dole and the old-age pension would be protected from cuts, Transport Minister Leo Varadkar said yesterday: “Everything in the budgetary process is up for grabs. Nothing is decided.”

Will Budget Take €8 Off Dole Or €10 Off Child Benefit? (Fiach Kelly, Irish Independent)