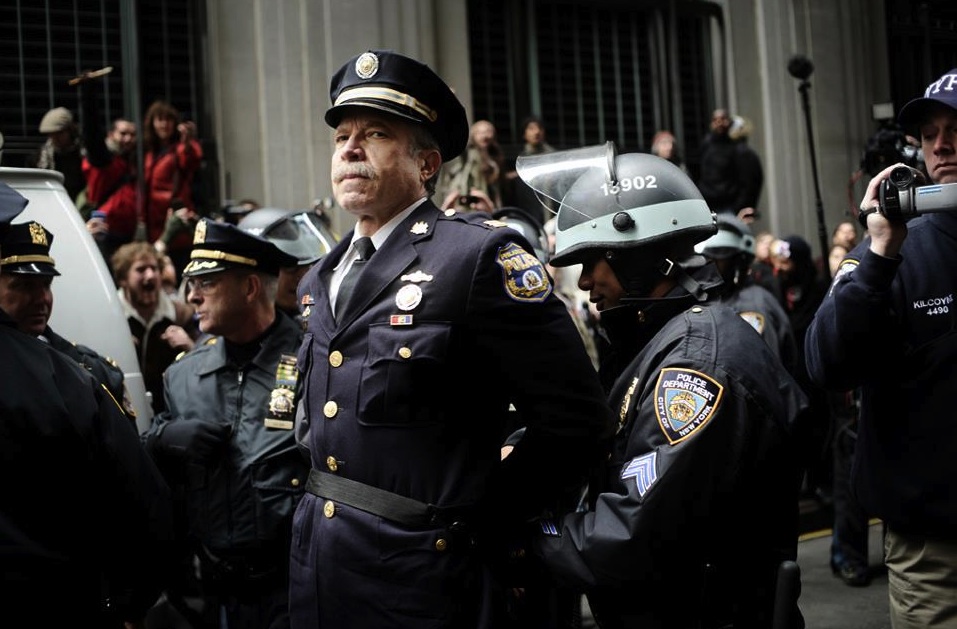 Captain Lewis has been outspoken against the NYPD’s treatment of protesters.

“It’s proved impossible for me to get this shot published anywhere. I was adamantly rebuffed by the Philadelphia Inquirer, New York Times, local New York  papers, and Newsweek, before even looking at the photograph. One of the only published photos of this paradoxical and intense event is located in the NYC Observer”