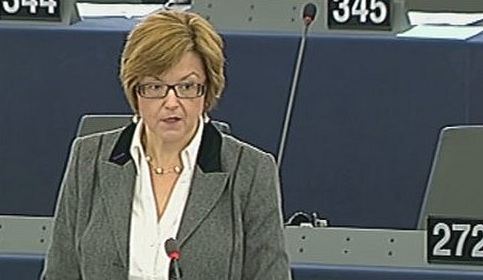 This just gets better and better:

The influential coordinator of the centre right group in the European Parliament’s Budgetary Affairs Committee has told RTÉ News that she voted against Kevin Cardiff’s nomination to the Court of Auditors because both Irish and Socialist MEPs prevented a postponement of the hearing.

Ingeborg Grassle (above), a German MEP from the European People’s Party said she had requested a postponement of the hearing in order to submit further questions to Mr Cardiff about his role in the Irish banking crisis and Ireland’s request for an EU-IMF bailout.

She said the refusal by Socialist MEPs on the committee meant that she had no choice but to reject his nomination.

She said the Socialists on the group wanted to avoid a postponement because there was pressure to postpone the hearing of the Spanish nomination to the court. 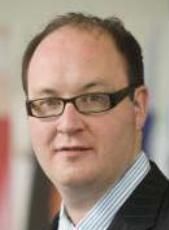 Mrs Grassle also confirmed that she had received emails from the current auditor Eoin O’Shea (above) about Mr Cardiff’s application but said that he had in no way tried to jeopardise Mr Cardiff’s candidacy.

Mrs Grassle said she did not have the impression that Mr O’Shea was trying to “act against” Mr Cardiff. She added that any information he provided to her in no way affected her vote.

She also told RTÉ News that she had received at least 20 emails from Irish citizens urging her not to accept Mr Cardiff’s nomination.

Some of these emails, she said, were extremely detailed.

Mrs Grassle said she wanted the extra information about Mr Cardiff because of fears over a potential conflict of interest if Mr Cardiff were to be appointed to the Luxembourg based Court of Auditors.