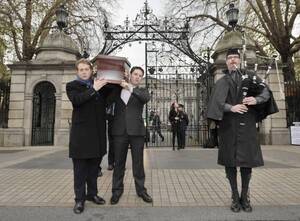 Colm Murphy and Union of Students of Ireland President Gary Redmond hold a Funeral Procession earlier to mark the “Death of Education”  as part of the the USI’s ‘Stop Fees, Save the Grant’ campaign ahead of Budget 2012. 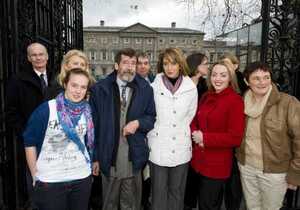 Jeremy Prince (with beard), father of Phoebe Prince (a victim of cyber bullying who committed suicide in Boston in 2010) and members the National Anti Bullying Coalition (NABC) after the organisation was invited to outline their Safe Schools Programme to members of the oireachtas. 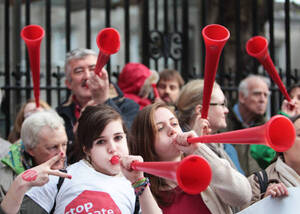 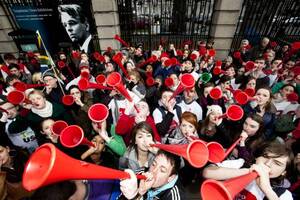 Members of Stop Climate Chaos conduct a ‘vuvuzela protest’ to urge Enviornment Minister Phil Hogan to make a climate bill a priority ahead of the UN Conference on Climate Change in South Africa next week.