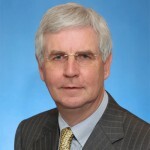 Michael Connolly, former Head of Lending at – cough – Bank of Ireland, has resigned from the board of the National Asset Management Agency (NAMA). He joined the agency at its inception two years ago and was expected to serve “at least five years”.

He is the second non-executive director to step down from the agency, following the departure last month of Peter Stewart, who looked after NAMA’s Northern Ireland operations.