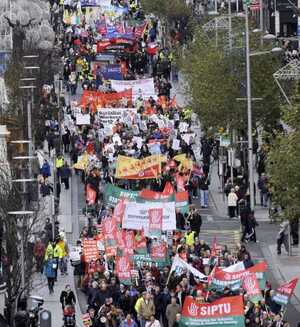 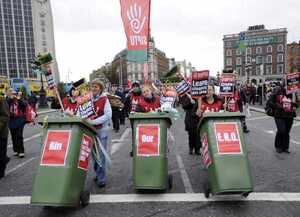 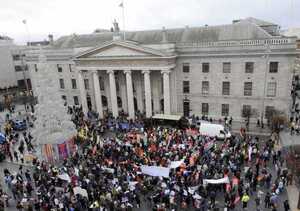 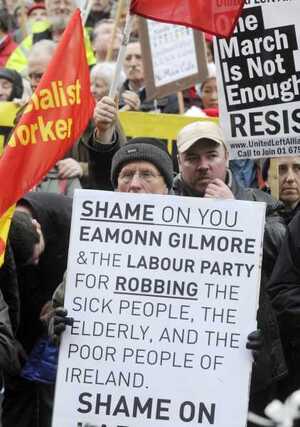 The March Against Austerity ahead of Budget 2012 organised by the Dublin Council of Trade Unions earlier which culminated in a rally outside the GPO.

There were joined by members of the Irish Congolese community protesting against Democratic Republic of Congo President Joseph Kabila’s campaign for re-election on Monday. 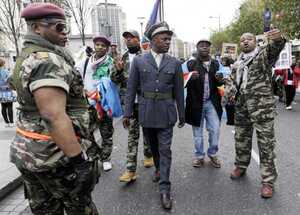 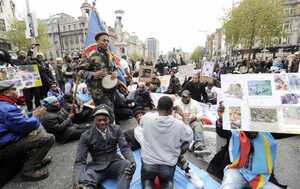