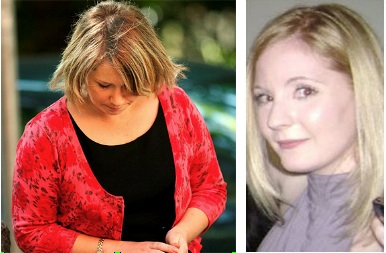 On September 9, 2011, on the eve of World Suicide Prevention Day, an article appeared in the Irish Times. The author, who requested anonymity, spoke of an attempt to take her own life, her subsequent hospitalisation and a plea for greater understanding about depression. She also criticised the reaction of her employers to an illness with “no visible symptoms” and made a number of allegations against them.

Mine was not a work-related illness. At least not before I entered the hospital. However, when I was released and when I returned to my office, things became different. I knew it would be difficult to explain to my employer, and I knew it would be difficult for them to understand an illness with no visible symptoms. I did not, however, expect that I would be met with casual hostility, with passive-aggressive references to my mental incapacity for my profession, and my apparently perceived “plan” to leave the company entirely in the lurch.

“When I returned from my two-week stint in mental health limbo, where doctors and nurses admonished me for my apparent need for control, my definition of myself through the value of my trade, I expected to be accepted back as the hard-working employee I have always been.

I do not blame my employer. Ultimately those who have not suffered from the illness do not know how to approach it in others – even those who have suffered from it may find it difficult. When I returned I found myself pitying my manager who met the story of my misery with confusion and the suggestion that I could not be trusted with seniority. I was accused of planning my absence. Every question seemed posed with the hope that it might bolster a preconceived notion.

Clearly, they had no idea what to do.

The author was Kate Fitzgerald (above right), age 25, who, by the time the article was printed, was dead. On Saturday Peter Murtagh wrote movingly about her life and suicide in the Irish Times.

Her employer was The Communications Clinic, a media training company set up in 2008 by Terry Prone, her husband Tom Savage and their son Anton Savage.

The Communications Clinic was also the subject of allegations by a former employee Karagh Fox (left), age 26, who worked at the company between March 2008-November 2009.

She claimed she had been repeatedly bullied by Ruth Hickey, a senior member of staff, who, she alleged, had “screamed at her in the workplace and reduced her to tears”. In an Employment Appeals Tribunal hearing in July, a month before Kate’s death, Ms Fox said that she had been constructively dismissed from the PR company.

From the Irish Independent (July 14):

Ms Fox said she complained of the alleged bullying to Anton Savage, the company’s managing director and Ms Prone’s son.

“I was shaking like a leaf, I was terrified I suppose,” she said when asked by her barrister how she felt when she told Mr Savage of the alleged abuse.

Ms Fox said she was given a copy of the company’s grievance procedure, but that she felt she was being “interrogated” by Mr Savage about the allegations after she submitted them in writing.

“He told me he had spent five company days working on it and that cost €15,000 and that he was doing this now,” she told her legal representative, Niamh McGowan BL, adding that Mr Savage was “sarcastic” in his responses to her.

She later went to a doctor who suggested counselling.

“It was extremely helpful; I learned coping methods.”

“I’d go in every morning terrified of what was going to happen, maybe Ruth would explode, or Anton would badger me about specific complaints (about Ruth) which I couldn’t give him.

“The month to when I left was the hardest, I actually don’t know how I got up every morning and went into work.

“It was a horrible, horrible place to be… that was how I felt.”

Ms Hickey and Mr Savage denied the allegations and the hearing was adjourned until October. We are unable to find any details on whether the case was concluded in Ms Fox’s favour or indeed settled at all and we have put a call in to the court.

She Radiated Talent, Energy, Beauty. She Took Her Own Life At The Age Of 25 (Peter Murtagh, irish Times)

Previously: The Story of Kate Fitzgerald