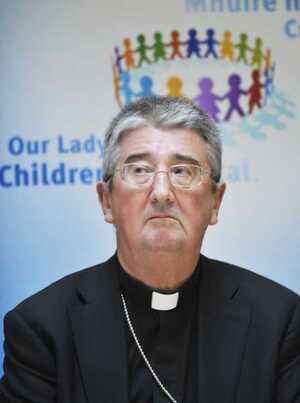 Dr [Diarmuid] Martin was also critical of the length of time it took RTE to “hold their hands up and admit mistakes were made”.

“If this were in the church the bishops would be told to voluntarily resign rather than stand aside. The level of accountability has to be questioned here, it took a long time before people came and held their hands up and said ‘look we made a serious mistake here’,” he said.

The senior cleric said he felt it important that people step aside while an investigation was carried out but added he felt there was a tendency at RTE to “identify some kind of a mid-management person in these cases”.

He said the Reynolds case raised “basic questions about the controls that there are in an organisation which would allow this to happen to anybody”.

Media Responsibility Must Be Guaranteed And Independent Regulation Is The Way – Martin (Edel O’Connell, Irish Independent)